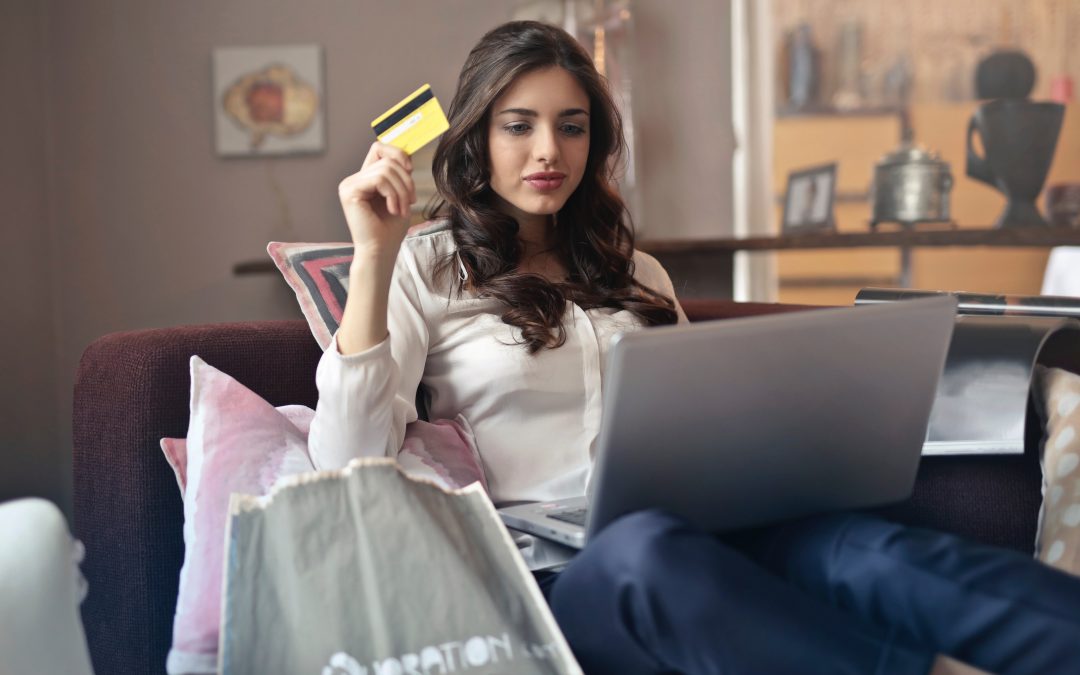 So, the holidays have passed and now it’s January.

If so, you’re not alone.

According to many eCommerce shop owners, tis the “not so wonderful time of the year.” After all, January is known for being the post-holiday month when people return gifts they don’t like and demand refunds.

That said, there are some things you can do as an eCommerce site owner to re-activate people’s desire to shop online.

That’s because there are people that received monetary gift cards for the holidays. And there are those that want to accessorize the gifts they received.

And don’t forget, Valentine’s Day is right around the corner.

If you’re in the online retail space and need a way to boost sales after the holidays, you’re in luck. We have 6 post-holiday eCommerce tips to help you revive the slump that hits your online shop every year.

So, let’s get started.

Sure, you don’t want people to return items to your online store after the holidays. But it’s going to happen. And making it hard to return items people aren’t happy with only makes things worse for you.

Dealing with returns is a part of running any business. So, why not take advantage of the small opportunities awarded you when someone makes a return by creating a memorable user experience and forging a better relationship.

For example, extend your return policy for hot items people may have purchased beginning to mid-November that may no longer qualify for returns, just like Target does.

This is helpful for those that received gifts that were purchased long before the holidays. It gives them a chance to return what they don’t want and possibly buy something they do want instead.

Who says that just because the holidays are over people are done shopping online? Better yet, who says you can’t run another sale on your site to encourage post-holiday shopping?

That’s right, no one does.

When January rolls around, have a plan to run a post-holiday sale in your shop. For example, capitalize on the upcoming Valentine’s Day holiday and run a flash sale like Kohl’s does at the end of January:

Not into Valentine’s Day? Give people gearing up for the Super Bowl something to buy and look forward to like Best Buy does. 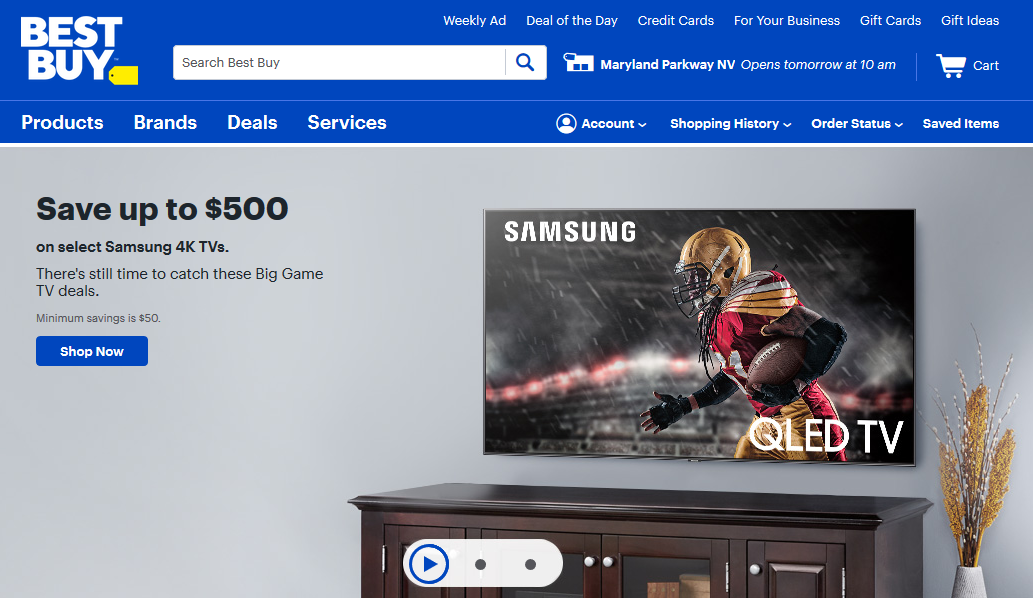 Or, earn a reputation like Old Navy has for running a huge clearance event twice year, one of which happens right after the holiday season.

In addition to using upcoming holidays to market sales to your customers, there are other ways to incentivize them to buy during the post-holiday season:

3. Focus on the Extras

Promoting accessories is a great way to spur small sales that add up quickly throughout the post-holiday months.

For instance, let’s say mom and dad splurged this holiday season and bought their child a video game console. But after that large purchase, they were tapped out.

By highlighting accessories such as video game controllers, games, headpieces, and more (after mom and dad have had some time to recover and receive a few paychecks), they might be enticed to buy their kid those special extras.

This same concept is being used by RadioShack post-December. Anyone that got a shiny new phone for the holidays is sure to be on the lookout for a charging station of some kind.

So, put it on sale so people can complete their holiday gifts.

If you want to succeed as an eCommerce site owner, you have to consistently analyze your site’s metrics.

That said, if you want to keep the momentum going after the holidays, and avoid a huge drop in sales, take a proactive approach to analyzing the holiday data.

Here are some ways you can use the data to prevent a drop in sales after the holidays:

It’s also a good idea to start another round of A/B testing to find out which promotions perform the best for you. Starting this immediately following the holidays gives you enough time to test and implement new strategies, without falling too far behind.

During the holidays, people are all about excess. Excess spending, eating, drinking, and socializing. But come the New Year, all of that changes.

At least for a little while.

Take it from Amazon that the way to boost post-holiday sales is to change your attitude when it comes to marketing to online shoppers. 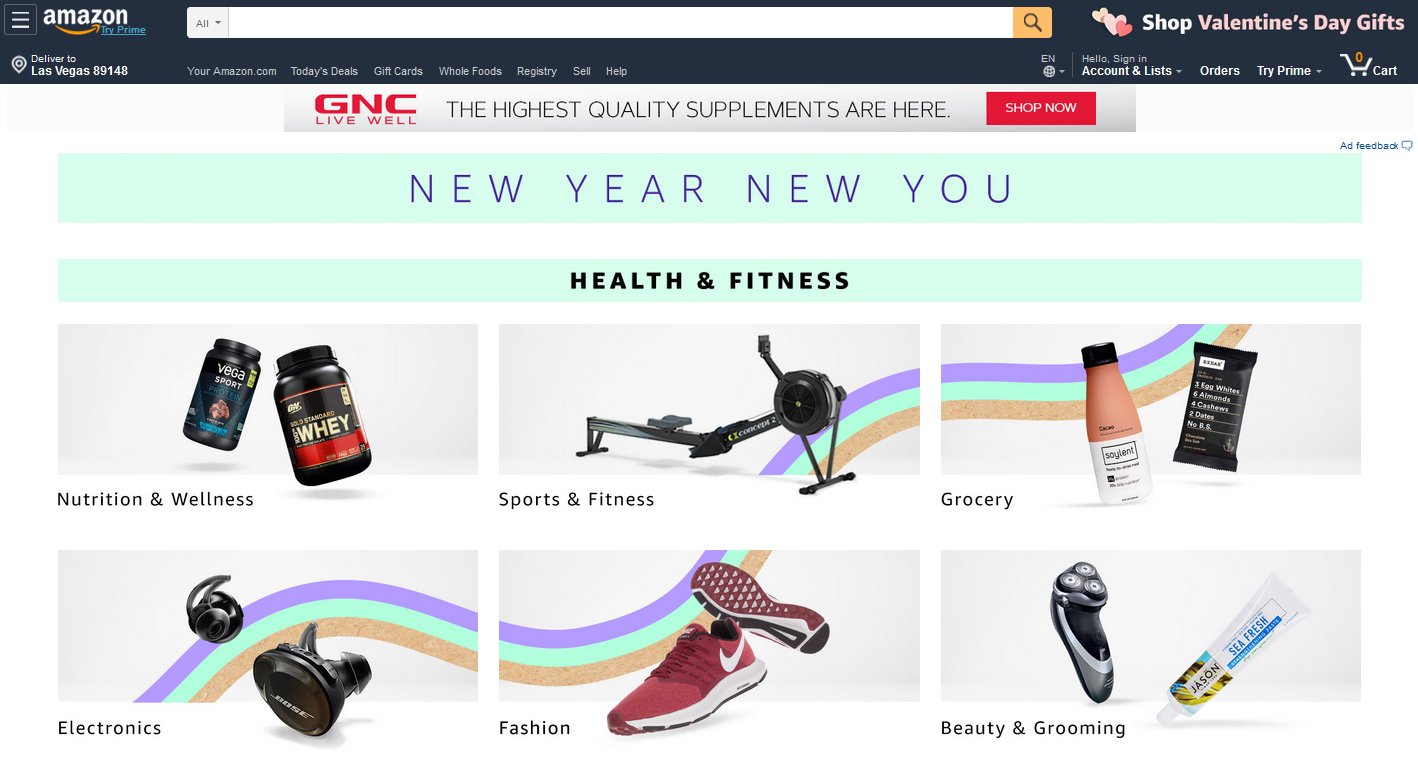 Aim to sell items that will help people become better versions of themselves as the New Year begins and everyone starts with a clean slate. Better food, exercise equipment, fashion choices, mindsets, routines, and even technology are all things people are after once the old of last year wears off.

You know, and most other eCommerce shop owners know, that January brings a huge slow down when it comes to sales. In fact, the post-holiday season is the best time restock inventory, plan for the upcoming year, and analyze last year’s data.

So, why don’t you do something different to change things up and launch a new product instead?

Releasing a new product so soon after the holidays is something your customers won’t expect. But thanks to the psychological phenomenon FOMO, they’ll have to buy what you’re selling for fear of missing out on something new.

Just remember, if this is something you want to do, you’ll need to be plenty prepared during the holiday season (and probably long before that) if you want to release something new right after your busiest time of the year.

This year, rather than let your sales plummet and hope that they pick back up soon after the newness of the New Year wears off, try some new post-holiday eCommerce strategies and see what kind of sales you can secure.

And if you operate a WooCommerce store and need help managing your shop’s speed, performance, security, scaling, and more, get in touch and see how our managed WooCommerce services can help you beat the January blues.