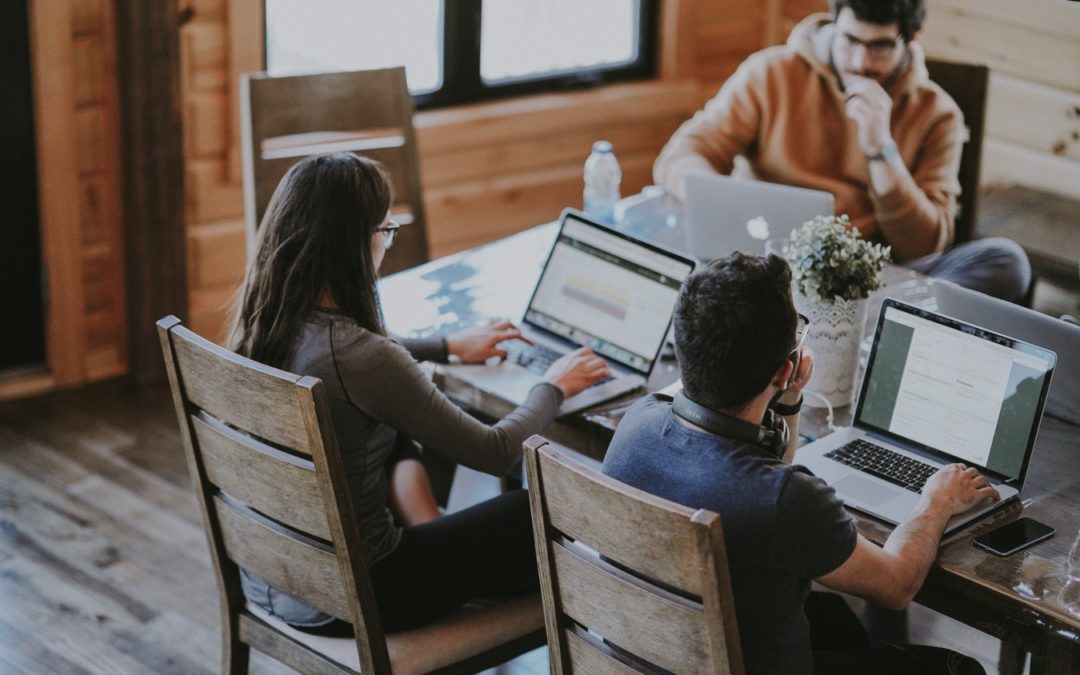 The previous articles discussed WordPress best practices for enterprise sites and other sites that have high traffic. The best practices entailed developing better methods of security, how to optimally customize your site to tailor it to your audience, and how to become familiar with utilizing Amazon Web Services (AWS).

This article will discuss how to have an ideal development workflow with numerous developers on the same project. This pertains to you when working on enterprise and high traffic sites because you are likely to have a whole team of developers dedicated to the same project. This article will help you better understand how to balance the workload and execute optimal developmental workflow for your website.

A Guide to Version Control

Version Control is an important tool for any developer. Version Control (VC) can make your life so much easier, especially once you’ve gotten the basics of it down. Since most of you reading this are already familiar with the basics, let us continue on. VC is very helpful in regards to improving your workflow. This can be achieved by learning to code in branches.

Coding in branches is an easy tactic that allows you to have your work organized more efficiently. Branches allow you to separate your “in-progress” projects from your finalized, tested, and stable code. This is method makes it easy to collaborate with other developers. It also helps you to systematize the timing of updates and/or fixes to your servers.

You may not know how to utilize branching in your development workflow process, but little did you know that you have already been using a branch all along! This is done by committing your code to VC. In most major version control systems, each repo has at the minimum one branch by default. This is your working branch:

Even without constructing anything, your first commit to any repository will be made to this working branch. 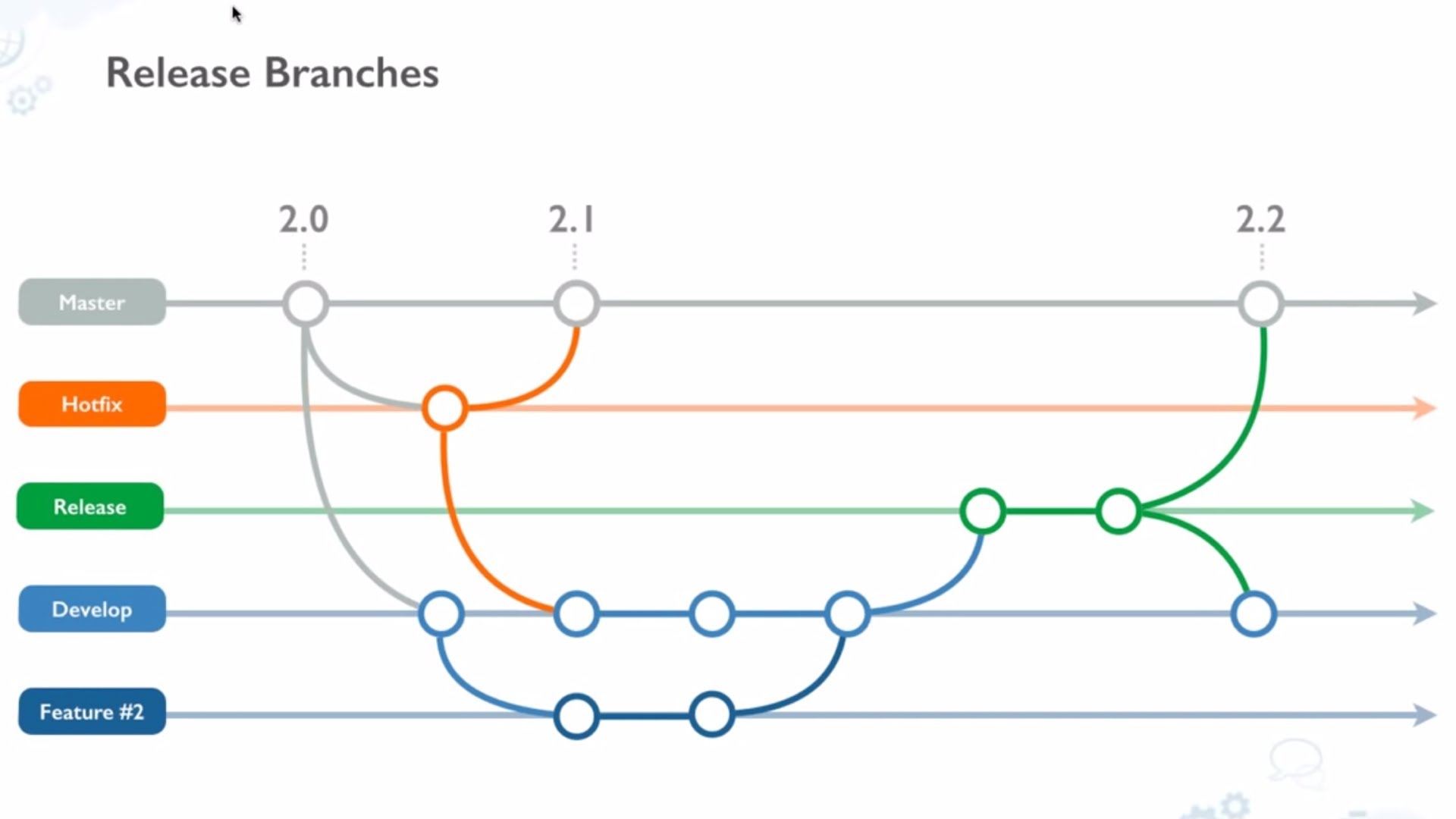 Branches take some time to get used to using. By focusing on the two specific uses for branches, building features and fixing bugs, this will certainly help you become familiar with using them.

This also allows you to move between a feature branch to the default working branch at any time to create new branches from the “starting” point. After moving back to the working branch, you could make a bug-fix branch which would protect you from potential future bug problems.

A default working branch is also known as a development environment branch. Know that it is important to keep the branch clean, which can be achieved by using feature and bug-fix branches. Then you merge them back to your development branch, containing only stable code. When using the word “stable: we will now mean a reference to this branch.

Additionally, developers will have at least one more environment: production. This is where your enterprise site will run. Making a production environment branch the only source of code that goes to production will guarantee that you have an accurate picture of what is on your production server at all times. This also means you will have a history of what has been added to production.

After your development environment has been updated with features and bug-fixes that are tested, you can use your VCS to do a diff between your stable branch and staging branch. This will allow you to examine what would be deployed that’s not presently on staging. It is also an opportunity to investigate for low quality or incomplete code, debug code, and other development errors that shouldn’t be deployed. This diff can also be accommodating in writing your release notes.

Do Not Merge to Environment Branches Without Deploying

This section will help developers conceive how to accurately address deployments in their development workflow and also provide best practices with deployments. A bad production deployment can cause devastation to all the efforts your team produces in a development process. A solid deployment workflow can become a great asset to your team.

A Quick Note on Development Branch

In this section you will see a lot of references to a branch called development. In your repository you can use master (Git), trunk (Subversion) or default (Mercurial) for the same purpose, there’s no need to create a branch specifically called “development”.

Deployments should be treated as part of a development workflow, and not as an addendum. If you are developing an enterprise or high traffic site, your workflow will usually consist of at least three environments: Development, Staging and Production. In that case the workflow might look like this:

If you make web applications, you don’t need a remote development environment. Every developer should have a local setup of their own.

During a case study of a program called Beanstalk, it was determined that some teams have development environments set up with automatic deployments on every commit or push. This may give developers a minor advantage of not installing the site or the application on their computers to perform testing locally, but it is mostly a huge waste of time. It considers every tiny change, which then must be committed, pushed, and deployed. Only then it can be verified. If the change was made by mistake, a developer will have to revert it, push it, then redeploy. Again, so much time wasted!

Testing on a local computer removes the need to commit, push and deploy completely. Every change can be verified locally first, and then it can be moved into a staging environment for proper quality assurance testing.

Once the features are implemented and found fairly stable, they are combined into the staging branch. From there they are automatically deployed to the staging environment. Quality assurance takes place and testers go to staging servers to verify that the code works as planned.

Be sure to have an isolated branch called staging to signify your staging environment. This will allow developers to deploy multiple branches to the same server at one time. This is done by condensing everything that needs to be deployed to the staging branch. This also assists testers to understand what exactly is on staging servers at the moment, just by examining inside the staging branch.

When deployments don’t go according to plan, as in if things break, then all your hard work is seemingly thrown out the window. In these cases, you have the possibility to rollback. Tip: always be as careful with rollbacks as with the production deployments themselves. Sometimes a rollback may bring more cause more problems then intended. To avoid unforetunate mishaps, be sure to ask the following questions before a rollback:

If the answer to both questions is “yes”, you can rollback safely. After rollback is done, be sure to fix the bug that you discovered and commit it to either the development branch (if it was minor) or a detached bug-fix branch. Then proceed with the regular bug-fix branch → staging; bug-fix → development → production integration workflow direction.

Every developer should have access to deploy to the Staging environment. However, they need to make sure that they don’t override or overwrite their teammates’ changes when they do. The staging branch is a great help for this because all changes from the team developers are merged into it and therefore it contains all of them.

Your team’s production environment should only be available to a limited number of experienced developers. These individuals should always be equipped to fix the servers immediately after a deployment caused problems.

Building a workflow that suites your development team takes time, patience and some experimentation. If you are in a hurry and need results quickly, get in touch with us for your enterprise WooCommerce or enterprise WordPress projects.