What is PHP Composer? 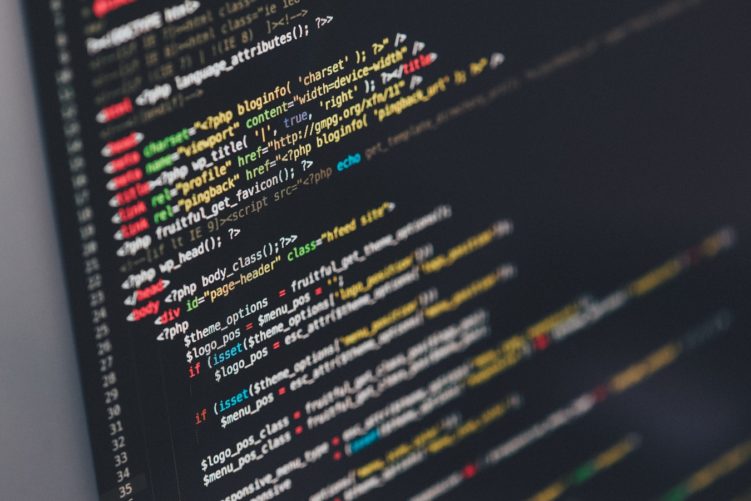 Programmers who actively utilize PHP scripts in their projects understand how tiresome it is to keep repeating the same process for the execution of important tasks like Database Management, User Authentication, and Request Routing.

There are, however, a handful of frameworks in place that can help resolve this issue by making specific codes readily available when needed to complete a task.

Another innovative practice that has helped in optimizing the scripting process for PHP is dependency management, which basically entails the perfect incorporation of multiple third-party software into a PHP project.

What is Dependency Management?

To elaborate further on what Dependency Management entails, a clear example will have to be given with a surrounding circumstance aptly described.

For example, if a web programmer is working on a website project with the Foundation framework as a Javascript and CSS resource, the conventional way to access the Foundation tool is by downloading it from the website and incorporating it into the project. To also update the software with a new version the same download route still has to be taken and the old version must be manually replaced with the new one.

This process of software incorporation can be very tedious, particularly if a new version of the Foundation tool becomes broken and has to be rolled back to an older version that functions properly.

Manually fixing all these challenges can be very time consuming and most programmers aren’t afforded that much time when assigned such top-level tasks, especially since they are usually dealing with multiple dependencies at the same time.

Dependency management helps to rectify this redundancy in the process by applying automation and also standardizing every aspect. The process of accessing these dependencies like JQuery, Symphony, and Twig, and retrieving them can automatically be programmed to ensure that there isn’t any delay from an external entity.

What is PHP Composer?

Composer is basically a dependency manager for the programming language, PHP. It functions as some sort of project manager that helps the programmer manage dependencies that will be used on a project to project basis.

Composer isn’t a new innovation with most of its functions bearing similarities to tools like npm and Ruby. Another tool that exhibits similar features to those seen in PHP Composer is the PHP package manager, PEAR. This management tool has been around for years but has now been retired due to multiple reasons.

For starters, the majority of the codes used in PEAR are out-dated and this becomes a huge problem when dealing with new projects.

Another flaw that discredits it has an ideal management solution is that it forces the programmer to install the packages all through the system instead of handling the installations on a project-by-project basis.

This poses a problem for programmers that have to work on projects dealing with dependencies of slightly older versions. The project will basically have to be abandoned because the packages are unable to be incorporated into the upgraded system.

PHP Composer can be installed on any operating system with information about the whole process available on the website, Getcomposer.org.

If the OS in use is Windows, the setup file for PHP Composer can be retrieved from the “Getting Started” page on the official website. On a Linux System, however, a simple command is required to get the installation process going.

Entering this command installs the Composer program, which can be accessed as a “composer.phar” file. It is noteworthy that taking this path basically limits the installed tool to the project directory that was used. In order to be able to use the Composer in any folder, the command has to be globally installed; and the command for this is:

While this command will run perfectly with sudo, it may fail to be executed with Yosemite since the usr directory is non-existent on this platform. The only resolution to this issue is the creation of a directory structure that is then used to house the file.

How Composer is Used

Composer is made up of two functional components playing different roles that are intertwined and dependent on each other. While Composer itself functions as the base tool responsible for retrieving and managing dependencies, its repository, Packagist, helps in the storage of packages and dependencies that may be used in programming.

Composer executes all dependency management tasks from a single JSON file, which is named: composer.json.

The basic architecture of the file’s content is displayed below:

The most important element in the script is the project requirement, which is pasted in the tag after the “require” title. In the example given above, Monolog, a popular tool used for logging is added to the “require” tag.

Filling the JSON file with the appropriate dependency doesn’t automatically leads to its installation. In order to get the tool installed, the command line will have to be entered in the terminal of the project folder.

Doing this doesn’t only install the selected dependency, it also makes it automatically functional.

If the programmer intends to work with multiple dependencies, then creating a “vendor” directory is the sole option since it allows the programmer to store all project tools safely and utilize them whenever needed.

Selecting the Version of a Dependency

While an obvious way for a programmer to specify the dependency version needed is to spell it out directly like the example given above, there are other ways and codes that can be employed to implement the command. Some of the common options are described below:

Selecting by Choosing a Version Range

Selecting the version of a dependency by choosing a version range can be easily executed with the aid of comparison operators, which are symbols that are used to describe the desired range. Examples of symbols used to represent this element include “<”, “>”, “>=”, and “<=”. If a programmer enters “>2.5” into the JSON file, it is translated to mean that only a version that is higher than 2.5 should be retrieved for installation.

The comparison operators can also be combined to get a more streamlined result. For example, “>2.5 <=3.5” can be translated to mean that only a version that is greater than 2.5 and not above the 3.5 limit should be crawled and downloaded.

This involves the application of a strict pattern in order to select the appropriate version. An example of this is the entry: “2 .4.*”, which suggests that only versions in the 2.4.0 range will be installed and nothing else.

Hyphen ranges make it easier to select an ideal version by allowing a clearer specification. It is most effective when applied to full versions containing all three digits, e.g., 2.0.0. When it is, however, used for partial versions with only two digits, it can be quite tricky to interpret.

A hyphen range of 3.0.0 – 4.0.0 simply implies that any version from 3.0.0 to 4.0.0 will be retrieved and installed.  For the partial version, a hyphen range 3.0 – 4.0 suggests that only versions between and including the two extremities will be used. A version 4.1, in this instance, isn’t eligible to be installed.

The tilde range is a more target-oriented command that specifies the minimum required version, targeting every option below the assigned figure but discarding all releases after. If a tilde range of ~2.6 is given, for example, it simply means that version 2.6 and all versions leading to it are eligible to be installed. A version 3.0, in this circumstance, isn’t relevant and is discarded.

This involves a strict adherence to the semantic release of a major version. It is mostly used when the project being worked on follows semantic versioning. In this case, only versions related to the main dependency that is in use are accepted and other major versions are simply neglected.

^2.3.5, for example, categorically suggests the use of any similar version right up to, but excluding version 3.0.

This command simply requests for the use of the latest version, which most often times hasn’t been tagged with a version number. Using this for a project can bring about negative consequences since the possibility of encountering a major bug is higher with such releases.

Locking of dependencies, which is executed via the “composer.lock” file, is an important function that helps lock down a version for a project, allowing multiple programmers to work seamlessly without disturbing one another.

Conclusion — Why PHP Composer Should be Used

Apart from the fact that it streamlines the entire programming process by infusing automation into the components, it basically hastens and optimizes the retrieval and the installation of dependencies and ensures that each project is handled with the best version of the tools available.

PHP Composer also allows programmers to be very flexible when working as they are able to incorporate any script into any part of the project at any point in time.

It is simply the best tool for the implementation of PHP language.