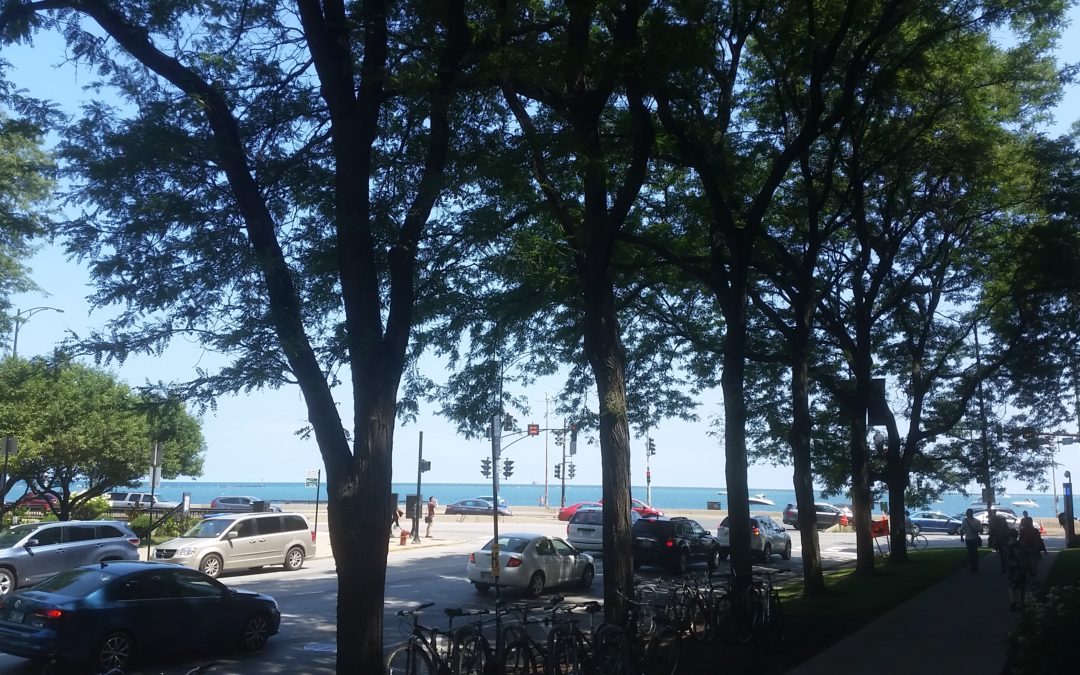 Some of my co-workers think that I’m addicted to WordCamps. (An intervention might be in the works, but I haven’t heard anything yet :P). Apart from the regular WordCamps across US, I enjoy events that are domain specific, like WPCampus and WordCamp for Publishers. 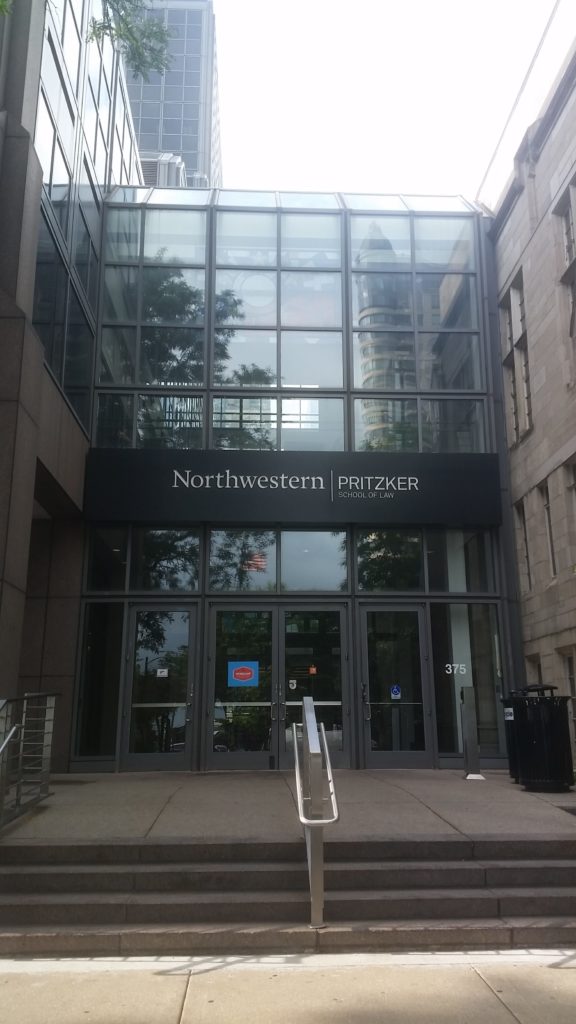 This year’s #wcpub was in Chicago, at the Northwestern University Pritzker School of Law. In case you are wondering what is WordCamp for Publishers, here’s the official description:

“WordCamp for Publishers is a community-organized event bringing together folks who use WordPress to manage publications, big or small. This event will empower participants by coaching them on best practices, and encourage collaboration in building open source tools for publishers.”

As with all WordCamps, it started with picking up the entry badge and Swag from the registration desk. 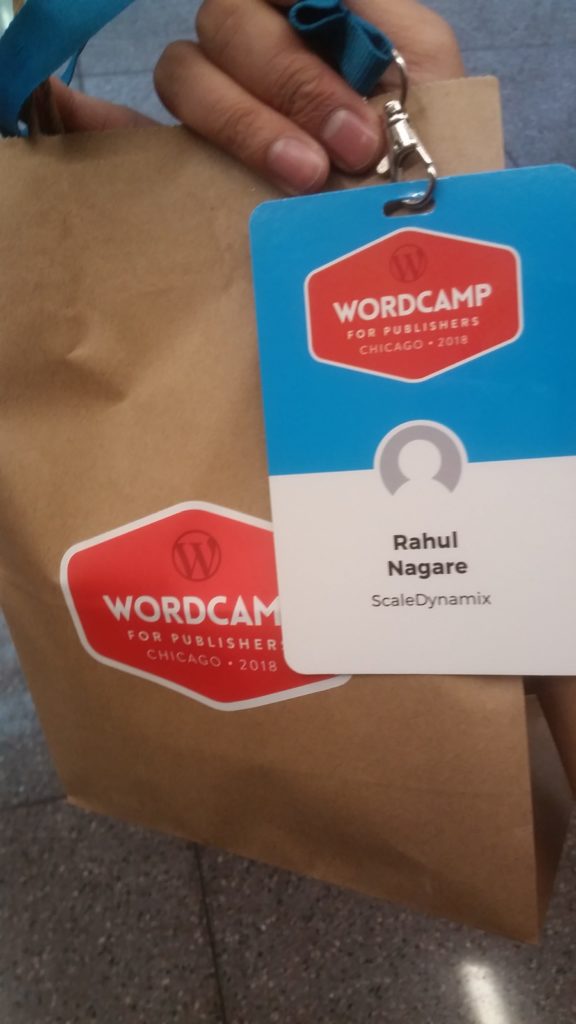 Since opening remarks were still half-an-hour away, I went to check out the sponsors, and immediately ran into this blue screen of death: 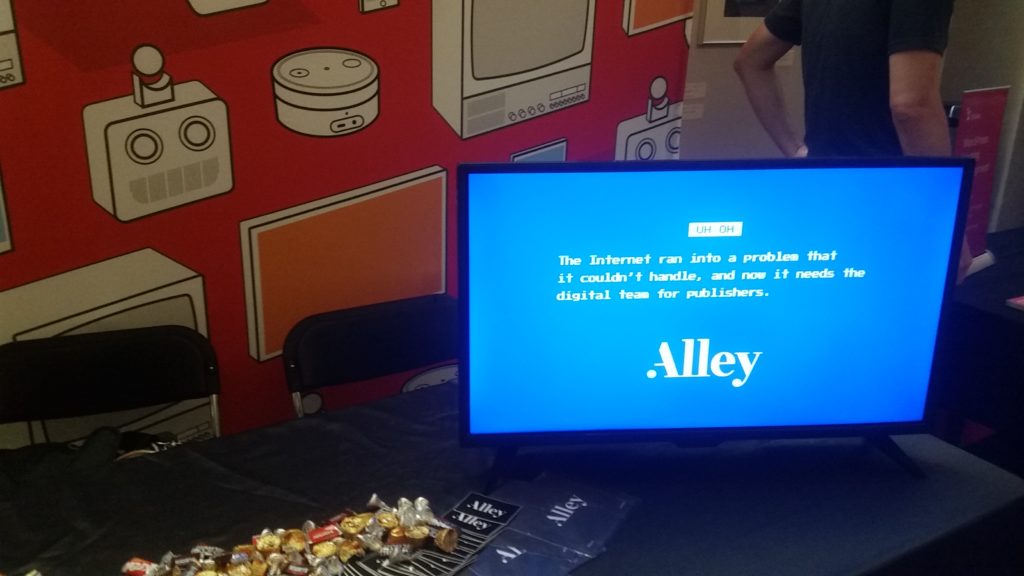 Valentin from Alley mentioned that this is their homage to the retro computing. Great Idea!

Another crowd puller was the tasty 8-bit donut art by Setka. 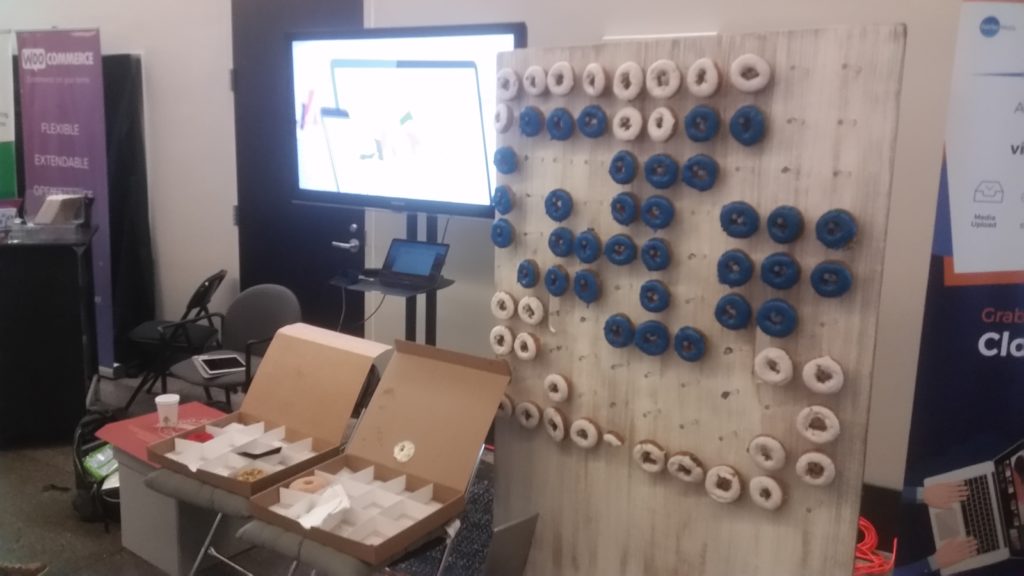 This WordCamp had a number of workshops followed by 45 minute sessions and lightning talks at the end of the day.

To learn more about accessibility and prepare for my upcoming WordCamp talk, I went to ‘Cooking With Gas: Quick and Easy Recipes for Developing Accessible Websites’ by Sina Bahram and Pattie Reaves. This was an interactive session where attendees tried to solve a few accessibility code challenges and received input from Sina and Pattie about how to solve these challenges the right way. This workshop definitely got me thinking about accessibility beyond just updating css and fonts. 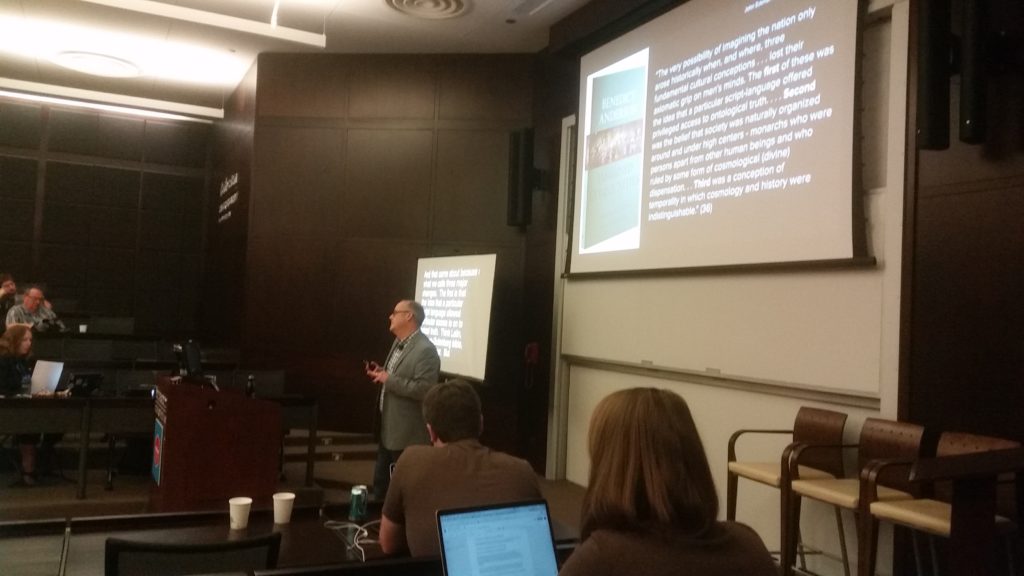 John Eckman – Taking What Back, and from Whom?: Imagined Communities and the Role of WordPress in the Future of the Open Web

After this was a session by John Eckman about the open web with some interesting thoughts, a quote by Emmanuel Kant and a hall packed with WordCampers from across the globe. John mentioned that the old web was more accessible, because it was simpler. Something which is forgotten these days. After the talk I picked John’s brain about an open-web challenge of my own and got some great advice.

WordCamps always have good food, and today was no exception. 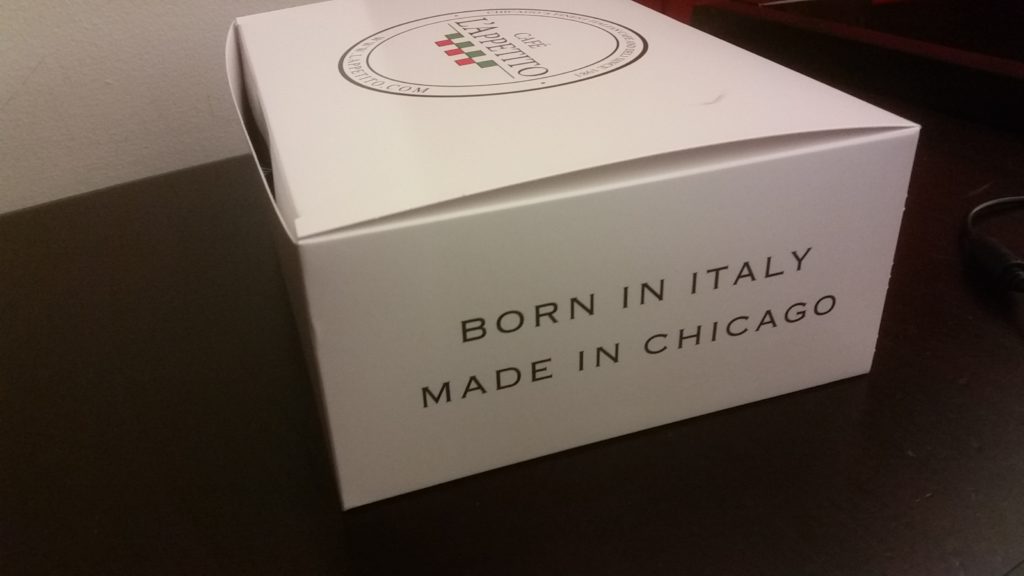 After lunch, there were back-to-back talks by Eric Ulken and Nick Johnson about paywalls. Eric shared his experience of paywalls and going back to the days when he operated a BBS server. Nick shared a different perspective about how paywalls can be a good thing. 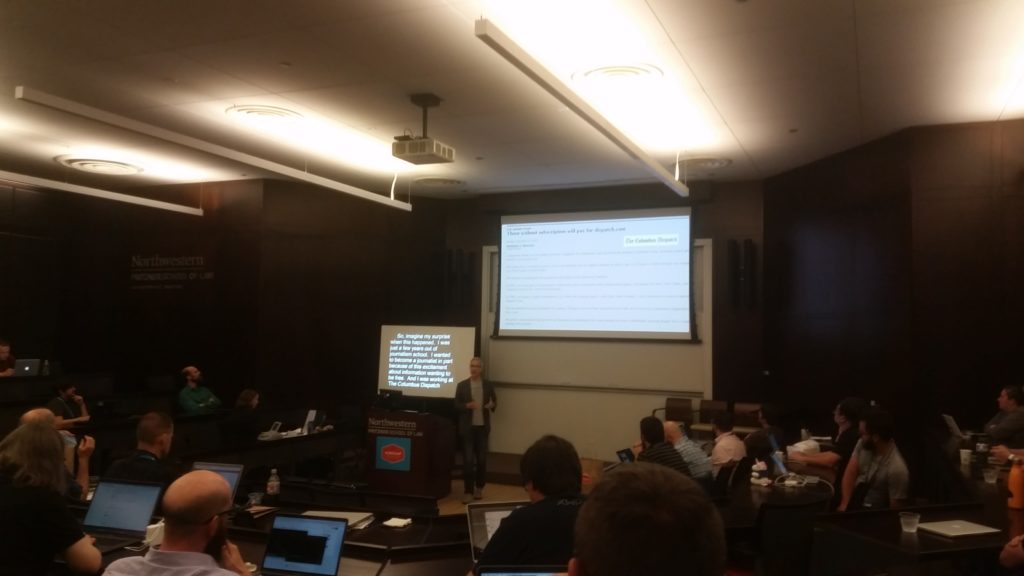 Eric Ulken – Reader revenue and the (less) open web: What happens when we all have paywalls 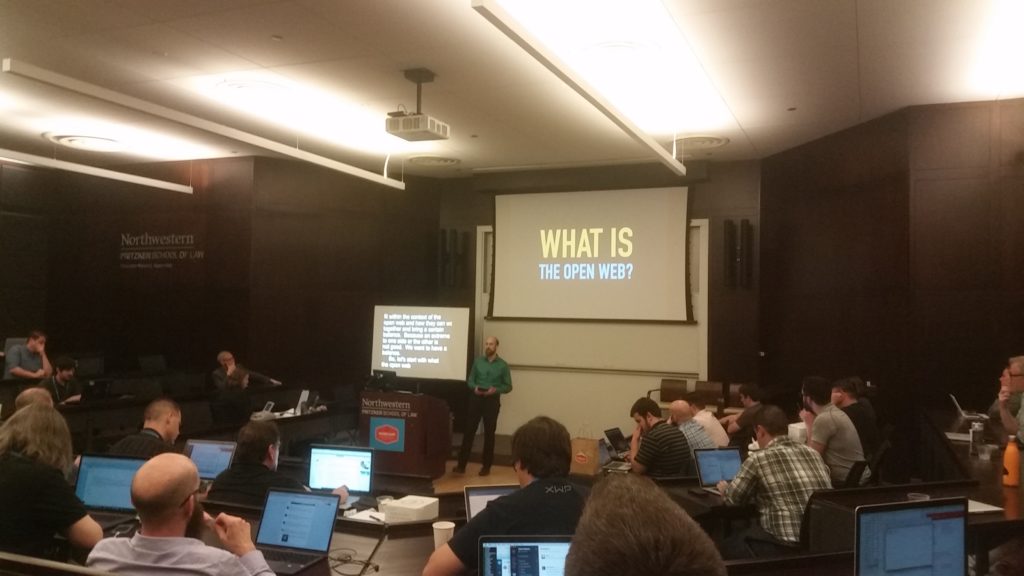 Nick Johnson – Why Paywalls Are Good for the Open Web

A quick coffee break and lightning talks later it was time for the evening fun activity, Chicago Architecture Foundation Boat Tour. I was in Chicago a month ago and went on a similar boat tour, but this was way more fun and covered entire Chicago Skyline. 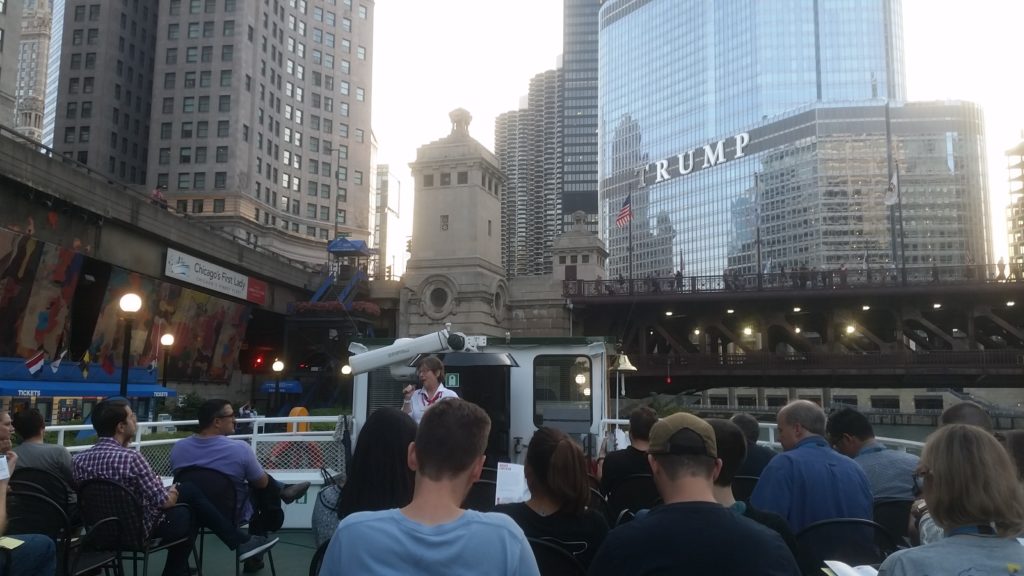 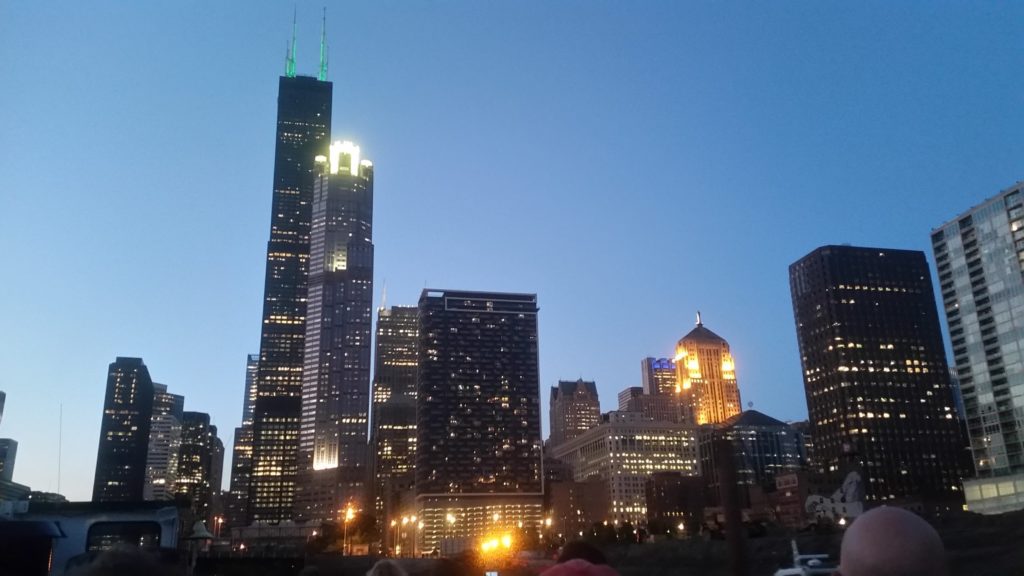 Next morning started with a workshop about AMP by Ryan Kienstra and Leo Postovoit. We got an introduction of the current stage of AMP, followed by some hands-on experiments of their AMP plugin. If you are like me and think AMP means a stripped down text-only version of full sites, do checkout this plugin and be prepared to be amazed! 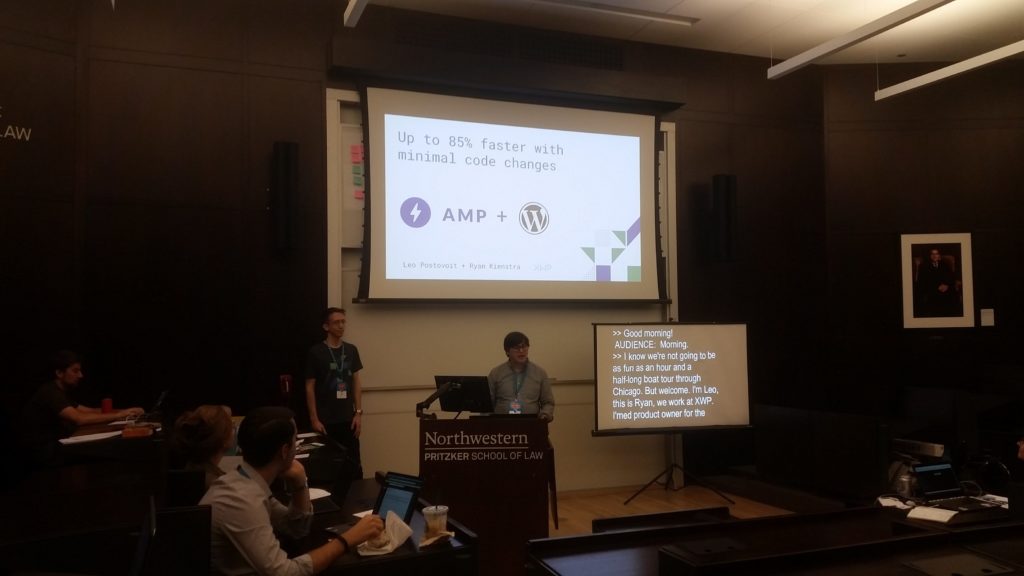 After the workshop was a session by Austin Smith, ‘The Narrow Path for Local News’. He shared the story of how he accidentally made the news by posting what he did on Hacker News on a Sunday evening. As a frequent HN’er myself, this really made me chuckle. 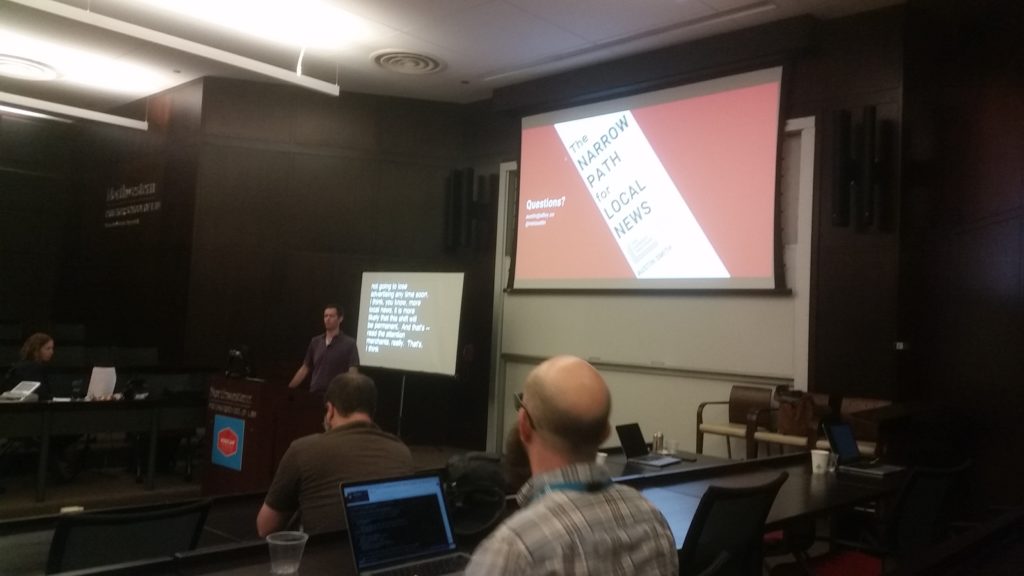 Yet another great lunch, and it was time for a session by Barb Palser from Google, ‘A faster open web: Why speed matters and how to get there’. This was complementing to the AMP workshop from earlier. 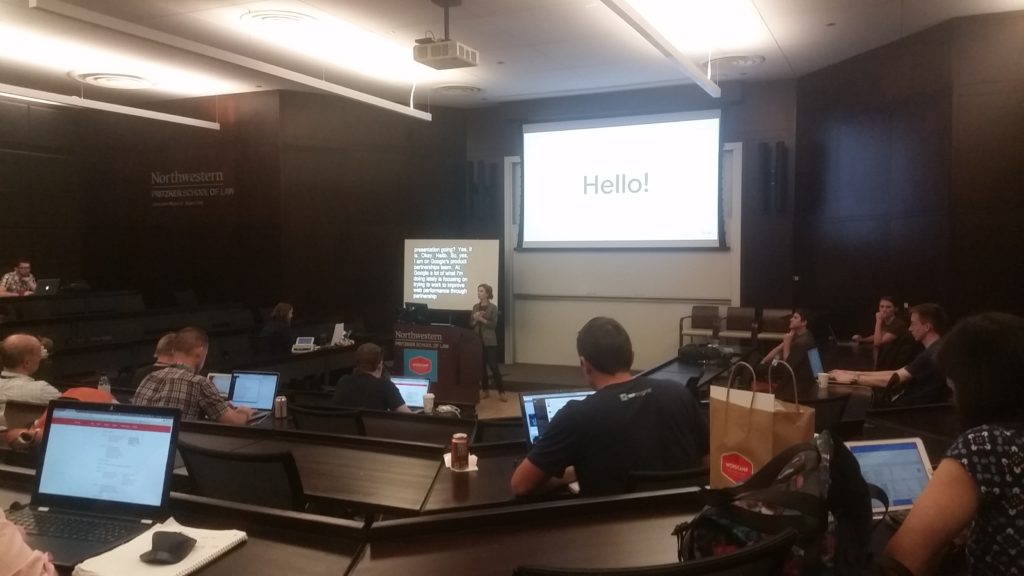 Barb Palser – A faster open web: Why speed matters and how to get there

Right after learning about AMP’s current stage, Google’s efforts to promote the open-web and help publishers, was a spirited talk by Brian Boyer. ‘Why we ditched AMP, and other UX choices we made for launching membership’. Brian has some strong opinions about AMP that come from actual user-testing and the talk reflected that. I may have also learned some new acronyms that are more suitable for an offline conversation 😛 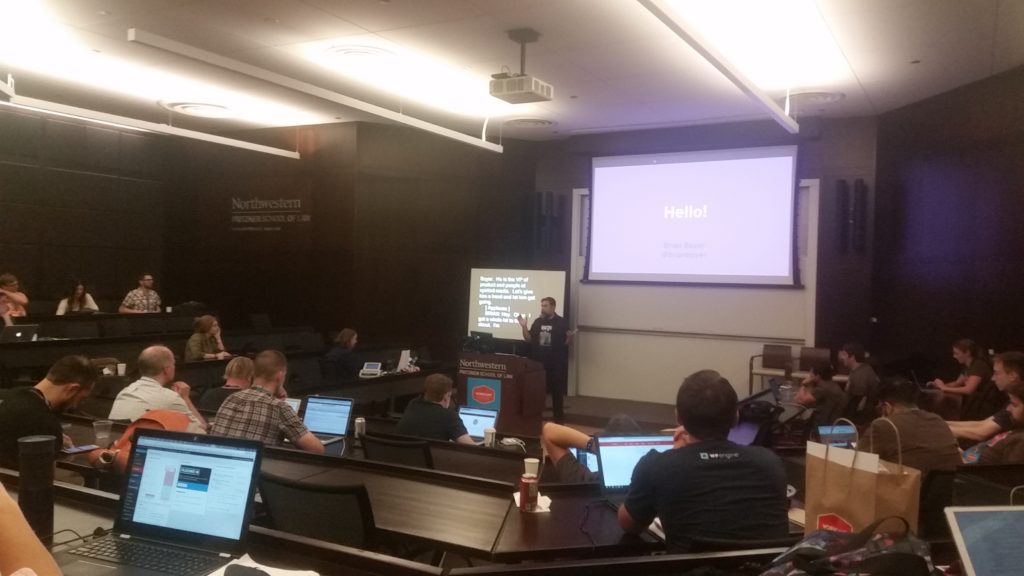 Brian Boyer – Why we ditched AMP, and other UX choices we made for launching membership

After a quick coffee break, I went to a session by Mike Selander and Libby Barker about Techcrunch’s website redesign. In this session, Mike and Libby shared their design process, technology and a number of interesting nature themed terms for Techcrunch’s navigation and site elements.

Last full session of the day was by Keanan Koppenhaver about WP REST API. Keanan showed a number of cool applications of the rest API including Amazon Echo integration and a VR session using Oculus Go + API. For the VR session, Ryan from XWP volunteered and got to read a virtual newspaper that got its headlines from a WordPress install. Not something you get to see every day. 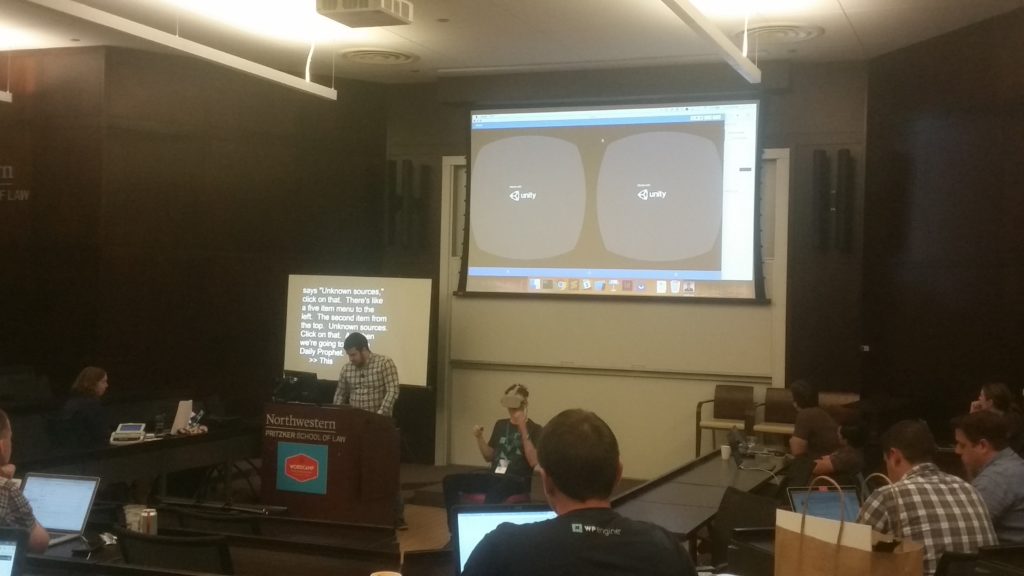 One of the lightning talks for the day included open-sourcing image operations plugin by @kingkool68 (Russell Heimlich) immediately followed by some github issues.

As the day came to an end, there were closing remarks by the #wcpub organizers and everyone was off to the afterparty.

This was definitely a unique experience different from the regular WordCamps. Can’t wait to see which city will host #wcpub next year!